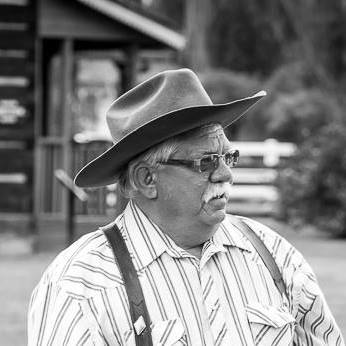 The son of a Prince George service station owner, for the first few years of his life, Paul Meise grew up like any other kid, playing with friends and getting into mischief. But by the time he reached 7, what Doctors had initially mis-diagnosed as a lazy bladder turned out to be a serious condition that would impact Paul’s world forever.

Though Neurogenic Bladder (the medical term for a disconnect between the brain’s ability to communicate with the bladder) was serious, even back then in the late 50’s and early 60’s the condition in some cases could be treated. Unfortunately, misdiagnosis and delays in treatment had caused Paul’s case to grow severe. Paul’s bladder had distended, growing from its natural matchstick size, to the dangerous size of a walnut.

Doctors had no choice but to send the youngster to Vancouver General Hospital for surgery. For Paul it would become the first of many surgeries and lengthy stints in a hospital many miles from home. “The first time I went to Vancouver, I was in hospital there for 6 months. It was difficult with three siblings back at home and my Dad running a business. Most of the time I was alone.”

Though his family would visit when they could, for Paul, the hospital nurses became his surrogate family during the long hospital stays. “In those days, nurses had time to spend with patients. So I developed close relationships with my nurses. Eventually, when I was moved to Lions Gate Hospital, which was nice because they had a garden area where I could play, some of the nurses would come by and sneak me out for picnics.”

By 1964 Paul and his family had packed up and moved to Kelowna. Though the Okanagan was growing, the city still had no practicing Urologist, forcing Paul to endure further hospital stays on the Lower Mainland. Three months before his 11th birthday, Doctors resolved to try two more surgeries in a last ditch effort to correct Paul’s ongoing medical condition. Both surgeries were unsuccessful. Doctors suggested an alternative – a delicate bypass surgery; an ostomy that, although it wouldn’t solve the problem, would at least return Paul some of the normal childhood he’d been missing out on for years. Doctors explained that having the bypass left the door open for a future permanent repair should medical science come up with a solution as it learned more about the condition.

Paul’s parent’s put the decision in their son’s hands. “Back then, it was typical for parents to assume kids didn’t know anything. But my parents trusted me and wanted me to be comfortable with the decision. The Doctors explained everything to me and I was given the chance to decide for myself. By this point, I had spent, on and off, two and a half years in hospitals under the knife. The thought of not having to have a bunch more surgeries was appealing.”

Paul chose the bypass, but under one condition, the surgery be moved from its originally scheduled day of July 4th, which was Paul’s birthday, to July 11th. Once the surgery was complete, Paul now faced the challenge of learning to live daily with an ostomy appliance, something that was foreign to the Meise family.

“I remember a funny story, shortly after my final surgery. I was laying on the bed in the hospital and on the bed was a box of ostomy supplies. I just remember everyone – my family, my nurses – all circling around my bed reading little instruction booklets.”

After a week and a half in intensive care, Paul was finally released and sent home. Doctor’s had given the family strict instructions to keep Paul from participating in any dangerous or overly physical activities. This was an instruction Paul was quick to ignore. “Early on, my parents had been told by Doctors that I may not survive beyond the age of twenty. My parents were very intuitive, smart people. In their minds, I might not be around that long anyway. They wanted me to enjoy my life while I was here and get the most out of it. So I rode horses, cut wood and did chores around the house, played soccer and took on life like any ordinary kid.”

Though the ostomy had been a welcome relief from the years of surgeries, having and managing an ostomy wasn’t always easy. “In those days the pouches were made of rubber, they were heavier than today and you had to wear a belt to keep them on. That made things like playing soccer a bit more challenging. By the time I got into Junior High, things like swimming were difficult because with all the twisting and turning in the water, from time to time your pouch would come off. Applying the bag wasn’t easy, either. In those days we used contact cement. You had 3 minutes from the time you applied the contact cement until it set. If you had any leakage during that time, you’d have to clean the cement off and start again.”

Rather than dote on their son, Paul’s parents taught him early on to face his challenges head on. “I remember shortly after coming home from the hospital, my bag started to leak. I recall my mother handing me the new supplies and saying ‘Here you go. Here’s your stuff – I’ll watch’. I’d spent so long being taken care of by Doctors and nurses, being waited on hand and foot, suddenly I was being told to take care of myself. Like I said, my parents were intuitively smart people!”.

By the early 1970’s, the United Ostomy Chapter had opened its doors in Kelowna. Paul attended meetings and became involved in chapter activities. Even today, the chapter’s Summer Camp for Ostomates is one of Paul’s great passions and something to which he dedicates a great deal of time.

During the early 70’s around the time Paul joined the chapter, the wife of a local Pharmacist named Benny Gant had just received ileostomy surgery. As a result, Gant began bringing ostomy supplies to Kelowna for the first time and Paul quickly became a customer.

Paul was hardly a top student in high school and once out of school he was keen to pursue his real passion; to become a rock star! With his guitar in tow, Paul headed to Edmonton to pursue his dream. He bunked with some high school friends and tried to find gigs to play. “The oil business in those days had tanked in Alberta, jobs were hard to find and gigs for musicians had dried right up.” I’d been a roadie for my roommates’ band for a few months when I got a call from my Mother telling me someone had called and was looking to hire me for a job back home.”

With little luck kickstarting his rock n’ roll career, Paul decided to pack up his van and head back home. Though the job offer fell through, Paul soon took on a variety of odd jobs around Kelowna. “I would take on any job I could find back then. I remember one time getting hired by someone to remove weeds from the beach in front of their house because they didn’t like the way the weeds felt on their feet.”

One day Paul’s sister, who worked at the local Shoppers Drug Mart, called Paul with an offer from her boss. Shoppers was looking for someone to stock shelves for two weeks. Paul took the job and would wind up staying with the pharmacy chain for four years before eventually leaving.

Shortly after leaving Shoppers, Paul was picking up ostomy supplies at another local pharmacy one day when he stopped to ask one of the store clerks a question. The clerk answered his question, but Paul went home unsure he’d been given the correct answer. A couple of days passed and Paul visited the pharmacy again. This time he was greeted by one of the store’s owner. Paul repeated his question to the owner, who gave him a different answer. “Here I was, a regular customer spending a lot of money in this store on ostomy supplies and they couldn’t even get the answer to a customer’s question straight. I was frustrated and I told the owner so.” Two weeks later, Paul received a call from the store owner’s partner, asking him if he’d like to come work for them and run their ostomy supplies department.

Over ten years, Paul developed the pharmacy’s ostomy department and though the pharmacy kept growing, Paul’s career wasn’t. With his wife Carol working for a medical supply company, Paul took a risk and decided to leave the pharmacy to open his own store, specializing in, among other things, ostomy care. Carol would eventually join Paul and over the years the two have turned Cooper Medical Supplies into one of the most respected ostomy care suppliers in BC.

“When I tell my story, people ask how I ever coped and what it’s like to be an ostomate. For me an ostomy was a way of making my life better. I always saw it as improving my quality of life because I had spent so much of my life, up to that point, in hospitals and recuperating from surgeries. An ostomy gave me freedom and a chance to live a normal life.”

Paul has turned his experience as an ostomate into an opportunity to help others of all ages tackle their own conditions. “I think having a lifetime of experience as an ostomate gives me a unique perspective on things. Other people with ostomies see me as a kindred spirit because I understand the little things they’re going through. Lots of people get the ‘big’ things. But the little things are often the ones that get to you the most. 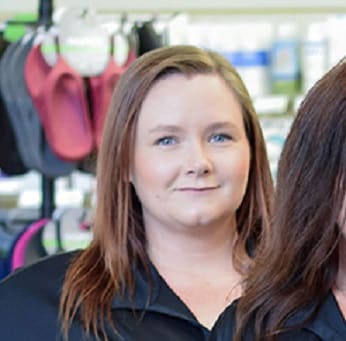 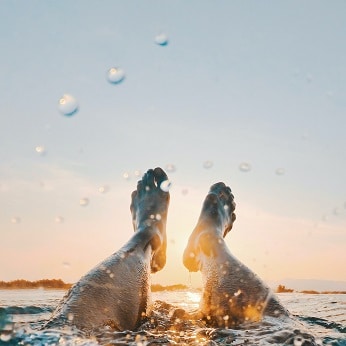 Swimming with an Ostomy 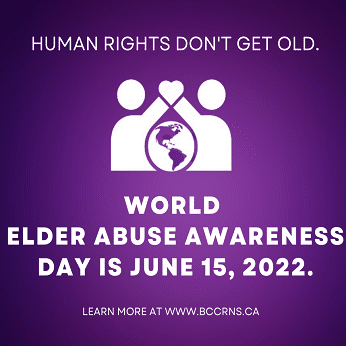